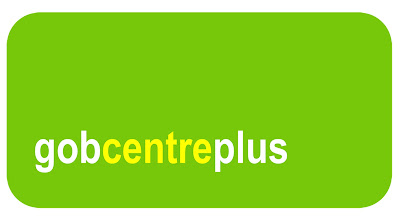 Kerry Campbell and Emily Pope are collaborating to take the ‘JobCentre’ aesthetic as a point of departure, with which to reimagine and re-articulate the role of governmental employment platforms, questioning their relevance as a tool today, with particular consideration of the creative industries.

‘Gobcentre Plus’ will collapse the associated conditioning tendencies of the ‘JobCentre’ model into a discursive, multi-functional environment - a collaborative, studio come discussion platform. Gobcentre Plus neither aims to sweepingly criticise the existing system, nor to offer a utopian alternative to the unemployment crisis (both local and global), but offers an immersive platform, populated with in-situ artists, writers, students and curators to facilitate a dialogue around paid work and sustaining an art practice; considering situations of employment and unemployment.

Campbell and Pope have designed an environment in which to commence work. Audio and sculptural elements, alongside workshops, will encourage discussion with visitors to the space. The output of these open-ended discussions as well as in-situ, practical work will be documented online in real time as series of videos and podcasts, creating a free public resource. The week long project is fluid and shaped by its on-going discourse, aiming to facilitate a fertile ground for discussion, focussing on the conditions of precarious work and financial instability.

Ongoing Blue plaque project, celebrating the enduring efforts and achievements of individuals within the local community

TMT has commissioned anarchist Ceramicist Carrie Reichardt to fabricate the plaques for Luton. 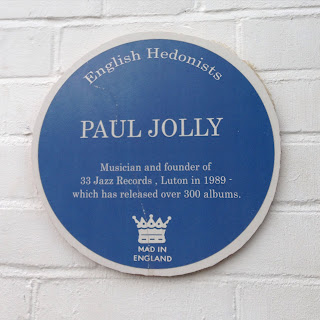 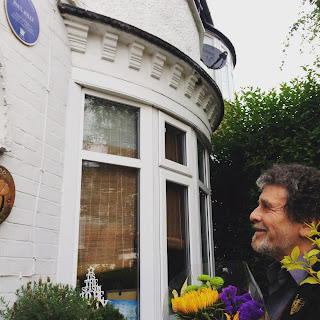 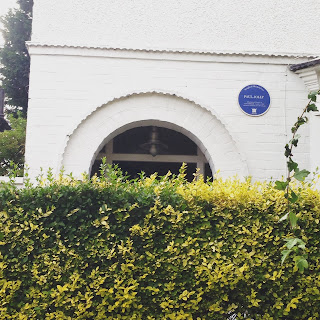 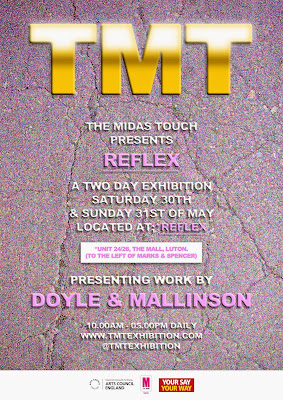 As the second installment of their exciting 2015 visual arts programme Luton based curatorial umbrella ‘The Midas Touch’ (TMT) present ‘REFLEX’.
Extending a commitment to the use of existing spaces. ‘Reflex’ will be situated and building within an empty retail unit in the heart of Luton town’s shopping Centre. The exhibition is the second stage of an 8 months Arts Council funded project, which supports both local artists and artists from further afield, exploring the town’s existing creative community and encouraging a wider recognition of Luton’s contribution to Contemporary Art. Building on the momentum and success of the recent ‘Generation game’ exhibition, this exciting 2 day takeover will present the work of Shaun Doyle & Mally Mallinson.
Drawing on a diverse and multi-faceted pool of references from religion, form & function, to cultural re-appropriation. Doyle and Mally’s often politically charged work oscillates between antagonistic and satirical - quite serious manifestos are softened by lighter imagery and vice versa. Extended exploration into commerce, consumer culture, communities, pride and arguably lefty aggression make not only Luton, but moreover the shopping centre as an interesting and relevant point of consideration.
Through ‘Reflex’, TMT is proud to host a rich selection of Doyle and Mallinson’s work, with large sculptures from modified skeletons to Wendy Homes, offset against a backdrop of collages. Skeletal sculptures, drag Tesco shopping bags with their extended arms, exploring an ‘imaginery branch of human evolution ~ [which] exists in a post apocalyptic world where family groups survive on so called value food and ready meals’. The collages and prints ‘are  vehicles for juvenile insults that are the clearest statements of our kynical / cynical humour.  The results of a deliberate regression, they are tabloid / plebian expressions of our suspicion of fashion, material gain and social power play.’
Long standing collaborators Doyle & Mallinson have exhibited in major institutions both in the UK and internationally including; Whitechapel Gallery, ‘London Open 2012’ and Tate Britain, ‘Rude Britannia’, (2010). Solo shows include ‘The Dog’s Dinner’, Galerie Nostheide-Eycke, Germany (2013), ‘NL Ecce Homo Erectus’ Venlo Stadhuis,  (2008) and ‘Peristroma Dolorosa’, MOT International London (2005). Shortlisted in ‘Artangel 100’ last year and featured on ‘The Culture Show’ (2010) for their ‘Fascist Fruit Boys’ in Tate Britain’s ‘Rude Britannia’.

Luton based curatorial umbrella ‘The Midas Touch’ (TMT) present ‘The Generation Game’ - the first installment of an exciting 2015 programme of visual art exhibitions and projects.

The Generation Game is an exploration into art and the digital realm, the latter as both material and/or a platform for self-promotion and pseudo social engagement. In the face of local racial derision, polarising activism, economic strife and rocketing youth unemployment TMT recognises both the digital realm and visual art as useful markers of identity, mediums of expression and moreover coping mechanisms of a generation. In the post-internet age, the digital realm and art production are arenas which are inevitably not mutually exclusive.

The Generation Game will host a breadth of tenacious, energetic and critically considered artists. TMT recognises the struggles of a generation of artists who are prevailing despite sweeping work/ life precarity and financial instability. Furthermore with the steep rise in further education fees, these artists are markers of a generation which commands adaptability, self-promotion and astute entrepreneurialism just to survive. Featuring both local, emerging artists and artists from further afield, ‘The Generation Game’ is a battlefield of both solo works and interim collaborations.

Continuing the ‘TMT’ ethos to make use of existing spaces, The Generation Game will exist within the ‘Hat Factory’. Use of this former industrial property, is a nod to the town’s heritage. The Crass 90’s promotional aesthetic provides a visual backdrop and an air of romanticism for an era which saw the birth of not only a digital revolution – but a generation expected to hit the ground running. 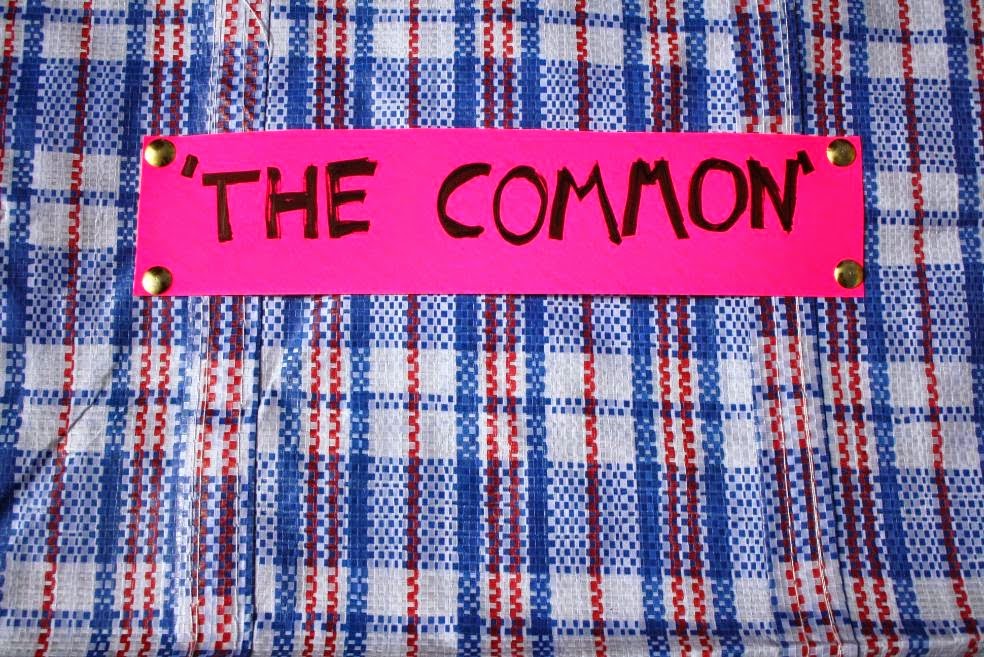 Following on from September’s groundbreaking exhibition at The Edge Nightclub and the phenomenal turnout – ‘The Midas Touch’ is back!
This time presenting: ‘The Common’.

‘The Midas Touch’ (TMT) guise provides a unique, platform for opportunities through engaging, multi-media events which foster local pride. Providing promotional opportunities and practical experience of curatorial and display techniques for artists. TMT strives to support local creative individuals and build a reputation for showcasing outstanding local contemporary art practice within humble, community environments. With consideration of the turbulent and somewhat fragmented local reputation; these immersive events adopt an approach that is both sensitive and celebratory towards a local understanding of the town.

‘The Common’ exhibition will take place at ‘The Freeholder’ pub, this ‘Grade 2’ listed building is on the corner of both York Street and High Town Road and is recorded as serving Beer to the locals as early as 1854. Through continuing to manifest itself within a handful of Luton’s most understated businesses TMT pop-up curatorial endeavors aim to reference the community’s heritage, support and celebrate these relatively overlooked representations of working class experience and pride.

TMT recognises a Luton life, a life that is occasionally desperate and fraught with uncertainty and yet the town is a breeding ground for burning passion’s and despite everything, there is always an undercurrent of hope. There is a perseverance and local passion here that exceeds the mar of negative associations, personal financial restraints and the geographical boundaries of the town. TMT will continue to drive outstanding local art projects, acting as a vessel for the creative individual’s whose ambitions surpass their immediate environment.

For the small and the brave. 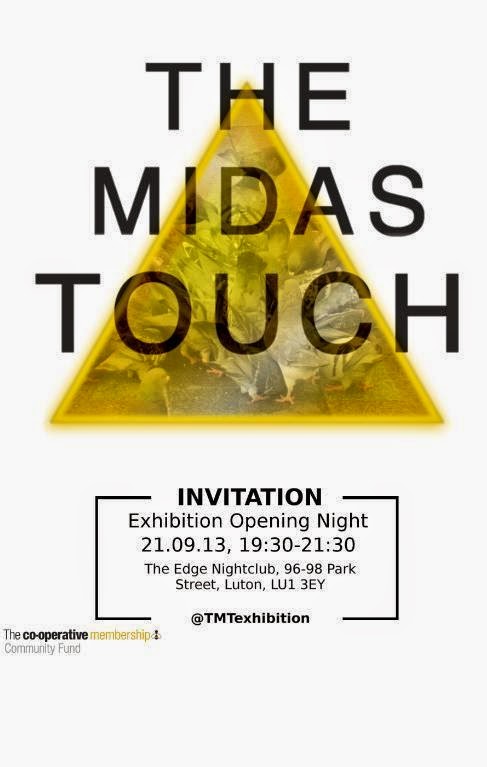 ‘The Midas Touch’ is a fresh, accessible platform for both emerging and established artists to showcase their work. It exists to celebrate working class culture and the eclecticism of Luton Town. In an environment heavily oppressed by racial stigmas and struggling with high unemployment rates, opportunities are few and far between; in this instance creativity is a necessity to strive and survive. Beneath Luton’s turbulent and damaging associations, an immense breadth of fresh, inspiring talent has been brewing and this platform is for them.

Societal expectations fuel product ownership and in turn contribute to the working-class mentality. Luton is a town where cheap isn’t always a choice but more often a necessity. Where consumer choices reflect a society obsessed with product ownership for the cultural status it reflects rather than its inherent value. When purchasing emblematic commodities our logic resides in form over its function and style over substance. Our product choices and cheap adornments are representative of financial struggle, working class perseverance, and strength in the face of negativity.